Dispatches from the Old Man in the Hills (#4) 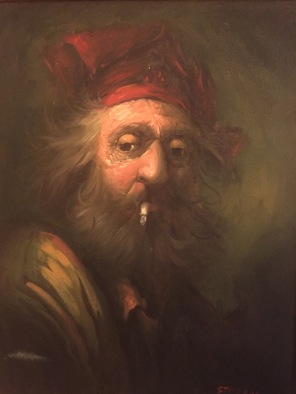 The fear is that mega corporations will inevitably take over the cannabis industry in California – ripping away middle class jobs and opportunities in favor of the same low wage jobs we see in almost every other sector. For many around the world, cannabis is a way for rural families to make ends meet. Urbanization and globalization has left rural farmers and their workers in desperation. Cannabis has filled the void and provided a means for those otherwise forced to find meager employment in cities to stay in the countryside: their home. In many ways this is true in California. The Emerald Triangle, Grass Valley, etcetera; have become strong rural communities with cannabis making it possible.

Urbanization, globalization, special interest, Wall Street monopolization, the plight of the middle class – these are all themes coming out of the presidential primary. With many tired of the old establishment, many are seeking alternatives. Yet, when it comes to cannabis legalization, we see the opposite – the establishment is moving into a traditionally counter culture industry. The cannabis industry is seemingly under siege in California – many believing a mainstream hostile take over is emanate. So what does the old man in the hills think of all this? Well lets ask him…

I know I talk about weed mostly but let’s switch to politics for a moment if the presidential race comes down to sanders and trump what will the fat cats do? Who do you back in a race where you don’t want anyone to win … the GOP hates trump and the dems don’t want Bernie ……we have been choosing between the lesser of two evils for years now it is their turn ha ha ha

but the establishment has an ace up there sleeve: dark money… super delegates, bought by establishment money, are tasked with selecting a candidate that keeps the rich, rich and the poor, poor… they must select a centric politician that keeps the powers-at-be in power… this is the function of our republic, yes not a democracy… we the people are ‘represented’ by these super delegates and as we can see our vote is relegated to a mere suggestion… who or what ends up on the ballot is rigged and the presidential primary has revealed this

now when we take a look at weed legalization in California can we see a similar theme? Are the rich white Wall Street fat cats moving in on legal weed in our golden state? the sean parker initiative (AUMA) took the lead once reformCA’s initiative lost financial backing from the parker camp… additionally the george soros funded drug policy alliance backed away from the reformCA initiative in favor of parkers initiative … you see, dark money is also influencing what makes it on the ballot in California’s attempt at cannabis legalization. recreational pot is a farce for white wall street fat cats to monopolize an industry that has been thriving in Cali for 20 years.

hope all is well see you soon

the old man in the hills

the old man in the hills like ie cummings does not use punctuation or capitalization and like james michener likes run on sentences and unlike all you lemmings diving into the corporate way of doing things….. he is free

Agree with the old man in the hills? Disagree? Let him know what you think: email humboldtundergroundblog@gmail.com, subject line Re: old man. Give him a piece of your mind!

This entry was posted in Dispatches from the Hills. Bookmark the permalink.